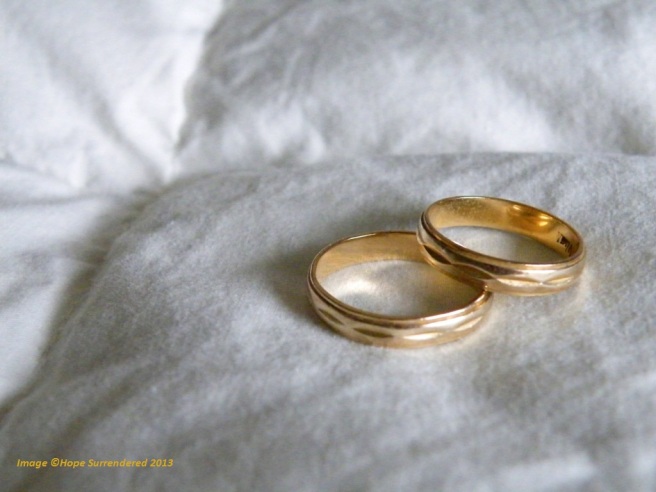 He makes the bed.

There’s a history here and an even bigger story, but what I want to share with you is one of the shards I spoke of in an earlier post (Finding Hope in Shattered Dreams).

He makes the bed.

A few years ago and simply out of the blue, my husband began making our bed each morning. No announcements, no asks, no conversations. He just began making the bed.

He’s a very early riser. He’s up hours before the dawn. Me? Not so much. I love to watch a sunrise, but it is rare for me to see one.

Shortly after I’m out of bed and stumbling to the kitchen for a cup of coffee with my matted hair and slippers, he heads back into the bedroom to make the bed.

When he first started doing this, I interpreted it as an “I want the bed made, so I’m going to do it after you FINALLY get yourself out of it” kind of thing. He never propped himself up to me, nor did he boast about making the bed after doing it. In fact, he never said anything about it. This was just MY interpretation of his actions. After a few weeks of him making it daily, I caught him in the act one day and decided to join him. While helping, I asked him about it.

His answer floored me.

My judgments stopped cold at that moment. His answer gave me a glimmer of hope during a very rough period in our marriage.

Jump forward to today:  He’s still an early riser; I’m still not. He still makes the bed; I — prayerfully and in hopes surrendered — allow him to do so.

There are days I will make the bed, and there are days we’ll do it together. Most days, though, he makes the bed.

I’ve never checked in with him about why he still does so, but I’m hoping that if I were to ask, his answer would still be the same.