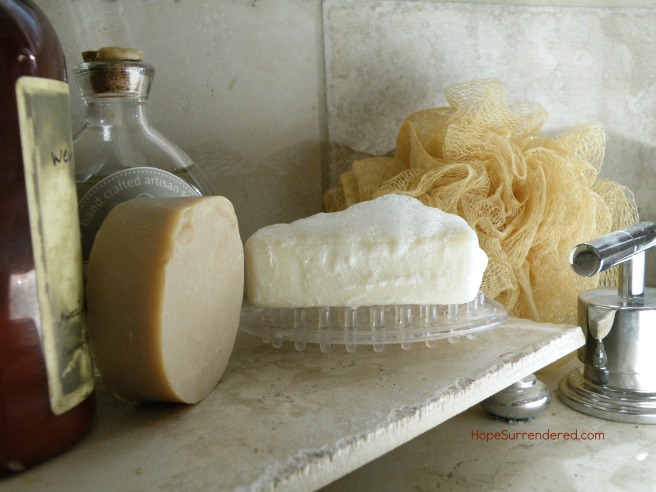 Soap operas used to be a part of my weekday life.

I was raised in a household where watching the afternoon television dramas was the norm. If I was home sick from school or if it was summer vacation time, I remember them being on the family room TV. On early-dismissal days, I’d get off the bus and walk up the road quickly so I could catch as much as I could while they were on the TV during the afternoon. I knew the soaps weren’t “real,” and the morals I was being raised with rarely showed up on the screen. Even though our household morals bore no similarity to the soap storylines, I did see some dramatic similarities with what was on that TV in relation to how conflict was handled, often escalated and rarely resolved.

I caught the soap opera bug. I grew into the same habit.

When I went off to college, I started watching the afternoon soaps when I wasn’t in classes. I’d get my calzone and coke in a to-go box from the dining hall, and I’d head back to my dorm room to catch up on Cricket, Danny, Jack, Ridge, Brooke, Thorn, Tom, Margo, Reva, Billy and Josh.

Even to this day, I can still remember their names (oh, that’s just sad!). They were a part of my life. They were the part of my life that made it glamorous and bold to want drama, cat-calls, stilettos, attention, a big house, big money, a big family, a corporate career, and all that was beautiful, but not at all for the right reasons. My search-for-tomorrow dreams about the future launched my young-and-restless life into a search mode for a guiding light as the world turned around me.

The trend continued. With the invention of the video cassette recorder, I could spend a long day at work, come home and eat dinner on the couch, and burn through three-and-a-half hours of soaps in just over two hours while wearing out the decal on the fast-forward button. When the tape would get too fuzzy from record-over after record-over, I’d just toss it and pop a new one into the VCR. Gosh, how I hated when the power would go out and I’d have to reset that darned machine!

That trend continued, too. Then I had kids. At some point, it dawned on me that it probably wasn’t a good idea for my little ones to be taking in fights over who stole whose husband or the myriad of seemingly, slightly odd, father-in-law sleeping with daughter-in-law relationships that I enjoyed watching. … so I’d wait until the kids were napping or off to bed at night before popping the tape into the VCR.

My husband hated my soap-watching habit. He’d blame them for my dramatic outbursts or manipulative scheming to get my way. I’d brush it off saying that it would take me away to another world much like reading a good book would envelop me for a few hours at a time. “What was the difference?” I’d say.

While the soap trend continued, I also started going to a different kind of church. It was one where people carried a Bible with them on Sunday morning, where a band played great-sound music with lyrics I could understand, and one where people didn’t feel like they had to dress up to attend. This place also talked about that Book like it had relevance to my life today…like it was more than just a book filled with stories and ancient history.

So, the soap trend continued and the church thing got going … and then I noticed something else began to change. Church – which I had done most of my life – started to become something I thought about more than for just a few hours on a Sunday morning. It got to be more of a daily time in my life…where it would jump into my thoughts, where it would stop me in my tracks, where it would give me a flashback to a heard word, or where I’d be humming a few bars from a song we’d done on Sunday. That trend continued, too. The prayers in our house turned away from “God is great, God is good” and “now I lay me down to sleep” toward actually having a conversational praise, worship and thank-filled time with some “if I could also ask You for…” in them.

Somewhere along the way, I started to feel convicted about my soap watching. Convicted, as in “I probably shouldn’t be doing this,” as in “this makes me feel weird in a wrong way,” and as in “shouldn’t I be doing something more productive?” kind of way.

After a few arguments with myself about the “take me away” aspects versus the “what are you feeding into your mind?” aspects, I decided to stop watching soap operas. Cold turkey. Yes, I decided that’s how I had to do it.

That was about 10 years ago. I have never regretted it. Never.

I know now that it was He who was within me who was convicting me and calling me to be obedient to what He was trying to plant within me. It would have been much more difficult for Him to plant something within me that would bear recognizable fruit if my soil was filled with thorns, ridges, discord, jealousy, impurity, selfish ambition, dissension and the like.

Is He calling you? Is He convicting you with a double-edged sword?

2 thoughts on “Finding Hope after Soaps”